Honeycreek, formerly known as Cross F Ranch, a 2,500-acre development in the northwest sector of McKinney is Coming Soon in 2018!!  Located near the future Laud Howell Parkway and Hardin Boulevard – North of 380.  The $300 million development will span from Lake Forest Drive to US 75 and consist of commercial, retail and entertainment venues.
When complete, the development will be home to approximately 6,000 residential homes, 7,000 multifamily units and 4.7 million square feet of commercial, retail and office space, according to a video released by Creu Capital, a private real estate firm.

The mixed-use development spans from Lake Forest Drive to US 75 near the future Laud Howell Parkway and Hardin Boulevard. The development will include commercial, retail and entertainment venues. 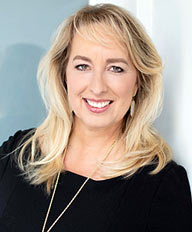 As a fourth generation Texas Real Estate Professional, multi-million dollar producing full-time Realtor® with Coldwell Banker Apex Realtors, I have over 12 years of experience to help you market and sell your home for more, or find that perfect dream home! Read my Client Testimonials to see the service level I provide my clients!